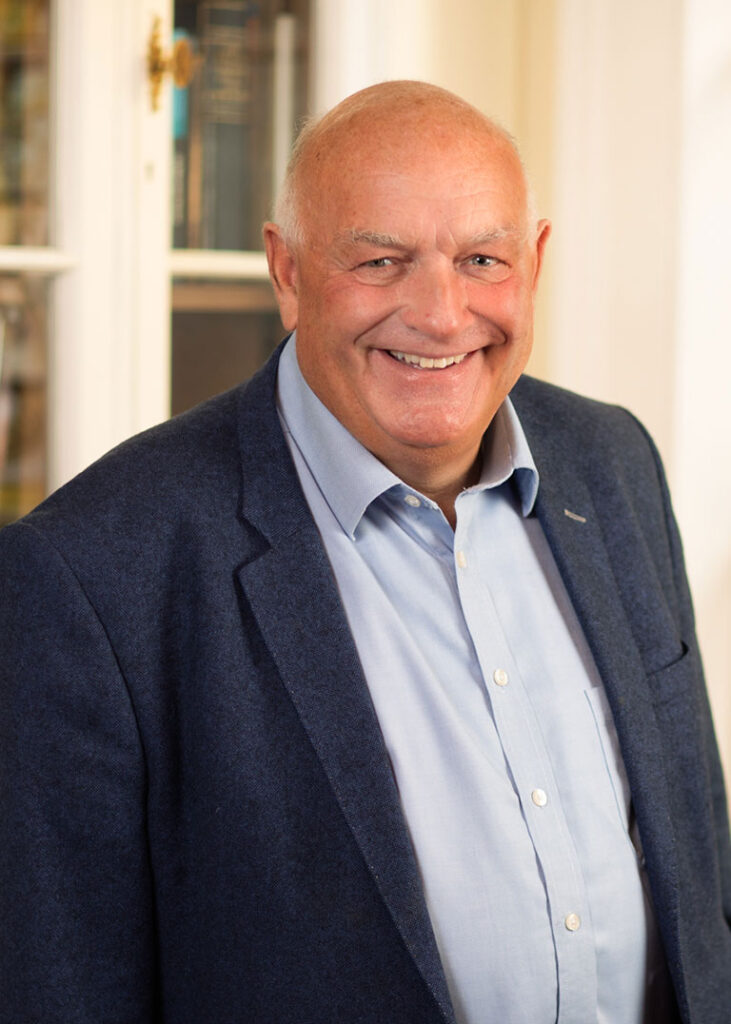 John started his working career, in the distant past, by training to be an actuary focusing mainly on advising companies and trustees of pension schemes. After managing a consulting team at one of the major actuarial firms he decided, in his mid thirties, that he would prefer the autonomy and control of setting up and managing his own firm of actuaries and pension consultants and  with a few colleagues.  He raised money in the City and established a firm called Aspen. Under his stewardship, Aspen successfully grew and in 2007 was sold to Capita plc.  He has since entertained himself by taking on various appointments as a trustee of pension and institutional funds and directorships of business which seek to grow.

John was asked to became involved with Pennies From Heaven in 2000 when Barclays first considered the Scheme and, as the initial client, were keen for someone they knew to oversee the distribution of the collected funds.  Subsequently, in 2004, Anthony asked John to help finance the operation and take on the Chairmanship of Pennies From Heaven Ltd.

“What started out as a favour for Barclays become a real interest – such a simple scheme that can do so much good.  Being involved enables me  to use some of the business development skills I have acquired to help the charity sector. I very much enjoy seeing Pennies From Heaven grow and contribute more and more each year to helping others in need of help.  It is my way of giving back to society.”

John is in his early sixties, resides in London and is  always busy with his various bits of work, grandchildren and children, as well as trying to stay fit!

® Pennies from Heaven is a registered trademark No:2198517

We use cookies on our website to give you the most relevant experience by remembering your preferences and repeat visits. By clicking “Accept All”, you consent to the use of ALL the cookies. However, you may visit "Cookie Settings" to provide a controlled consent.
Cookie SettingsAccept All
Manage consent

This website uses cookies to improve your experience while you navigate through the website. Out of these, the cookies that are categorized as necessary are stored on your browser as they are essential for the working of basic functionalities of the website. We also use third-party cookies that help us analyze and understand how you use this website. These cookies will be stored in your browser only with your consent. You also have the option to opt-out of these cookies. But opting out of some of these cookies may affect your browsing experience.
Necessary Always Enabled
Necessary cookies are absolutely essential for the website to function properly. These cookies ensure basic functionalities and security features of the website, anonymously.
Functional
Functional cookies help to perform certain functionalities like sharing the content of the website on social media platforms, collect feedbacks, and other third-party features.
Performance
Performance cookies are used to understand and analyze the key performance indexes of the website which helps in delivering a better user experience for the visitors.
Analytics
Analytical cookies are used to understand how visitors interact with the website. These cookies help provide information on metrics the number of visitors, bounce rate, traffic source, etc.
Advertisement
Advertisement cookies are used to provide visitors with relevant ads and marketing campaigns. These cookies track visitors across websites and collect information to provide customized ads.
Others
Other uncategorized cookies are those that are being analyzed and have not been classified into a category as yet.
SAVE & ACCEPT
Powered by