The Pennies from Heaven team mirrors the schemes purpose – we are a small team making big change! We have three employees and work with several specialists in the areas of IT, accountancy, web support, PR and graphic design. 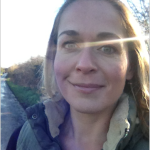 Kate has a first class business degree from Warwick University and joined the Barclays Bank Graduate Management programme upon leaving University. She held a number of senior marketing positions within Barclays and spent three years as a Director working across the Barclays Retail business. Kate had a problem though – charity!  Alongside her full time job Kate involved herself in many charitable events raising money for a wide variety of causes. A moment of clarity came in 2003 when she realised it wasn’t the charities that motivated her in her voluntary work it was the act of giving. How could she help more people to give? Kate remembered the Pennies from Heaven scheme running at Barclays and contacted its Founder Anthony Law. From that moment on life changed for everyone! For 2 years Kate supported the company on a voluntary basis before joining the company full time in 2005 as an unpaid Director. Since then Kate has helped the Pennies from Heaven scheme grow and grow using her marketing expertise and fundraising passion to raise millions more for charity. In 2017 Kate took over as CEO of Pennies from Heaven.

“I am thrilled to be taking on the role of CEO and driving Pennies from Heaven forward. My mission is to get everyone giving their payslip pennies to charity. I believe that few of us would miss the pennies from our pay and by donating them to charity millions and millions of pounds can support hundreds of causes – imagine that. Imagine what those charities could do with that. Small Change makes Big change – simple.”

Kate lives in Oxfordshire with husband Paul, her two wonderfully energetic daughters Elsie and Elizabeth and their dog Bertie!

Helen is a Business graduate from Liverpool John Moores University.  Helen has had a varied career working in several industries including Technology, Defence, Recruitment and Higher Education.  Her roles have centred around Business Development and Client Management.

Since having her own family Helen has got actively involved in charity work completing personal challenges such as a 210ft freefall abseil and walking 100km in 24 hours all to raise money for charity.  She also understands the importance of donating your time to your community in various voluntary roles currently standing as a local  Brownie leader. Helen lives in Formby (Merseyside) with her husband Mark and their two daughters Hannah and Bethany who keep her on her toes!

“I am so enthusiastic about Pennies from Heaven.  It’s such a cost-effective way for organisations to raise money for their designated charities; by concentrating on micro donating we can fundraise millions of pounds that make a huge difference.  I am excited to be part of the Pennies from Heaven journey and making a valuable contribution to the amazing charities!”

Theresa is a Fellow of The Chartered Institute of Certified Accountants and an Associate of the Pensions Management Institute. She began her career with The Lord Chancellors Department before transferring to HM Customs and Excise. She then moved into accountancy and focussed on Pension Scheme Accounting, working at  management  level  for  both  a third party administration company, and a  large “in house” pension scheme . She also worked for a top 10 firm of accountants as Pension Audit Manager.

Theresa began to work for Pennies from Heaven when she took a career break to care for elderly parents. Currently Theresa is learning  to speak Mandarin to assist with teaching  English language and culture to UK resident Chinese speakers.  In her spare time she enjoys a variety of outdoor activities. 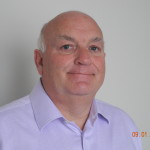 John started his working career, in the distant past, by training to be an actuary focusing mainly on advising companies and trustees of pension schemes. After managing a consulting team at one of the major actuarial firms he decided, in his mid thirties, that he would prefer the autonomy and control of setting up and managing his own firm of actuaries and pension consultants and  with a few colleagues.  He raised money in the City and established a firm called Aspen. Under his stewardship, Aspen successfully grew and in 2007 was sold to Capita plc.  He has since entertained himself by taking on various appointments as a trustee of pension and institutional funds and directorships of business which seek to grow.
John was asked to became involved with Pennies From Heaven in 2000 when Barclays first considered the Scheme and, as the initial client, were keen for someone they knew to oversee the distribution of the collected funds.  Subsequently, in 2004, Anthony asked John to help finance the operation and take on the Chairmanship of Pennies From Heaven Ltd.
“What started out as a favour for Barclays become a real interest – such a simple scheme that can do so much good.  Being involved enables me  to use some of the business development skills I have acquired to help the charity sector. I very much enjoy seeing Pennies From Heaven grow and contribute more and more each year to helping others in need of help.  It is my way of giving back to society.”
John is in his early sixties, resides in London and is  always busy with his various bits of work, grandchildren and children, as well as trying to stay fit! 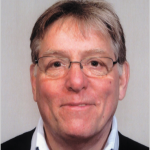 Having worked on an assignment for VSO in South Africa after leaving school Anthony embarked on a 30 year career in insurance broking working for the Sedgwick Group in various european countries (20 years) returning to the UK from Denmark at the end of 1990. Roles were largely marketing related & included operational responsibility latterly for the Nordic countries.

“One thing that has always been of interest and remains so was the desire to understand people from wherever they originated in the world and how by working together this could make a real difference for many. I guess in simple terms this is what Pennies from Heaven is trying to achieve! Well the opportunity in 1999 to work together with my co-founder and long standing friend, Angus, arose & we soon realised that whilst this would be a challenge it was indeed possible to set up the scheme”

Anthony lives and works in North Norfolk with his wife Virginia with his two children having escaped the nest live and work in London and Paris.