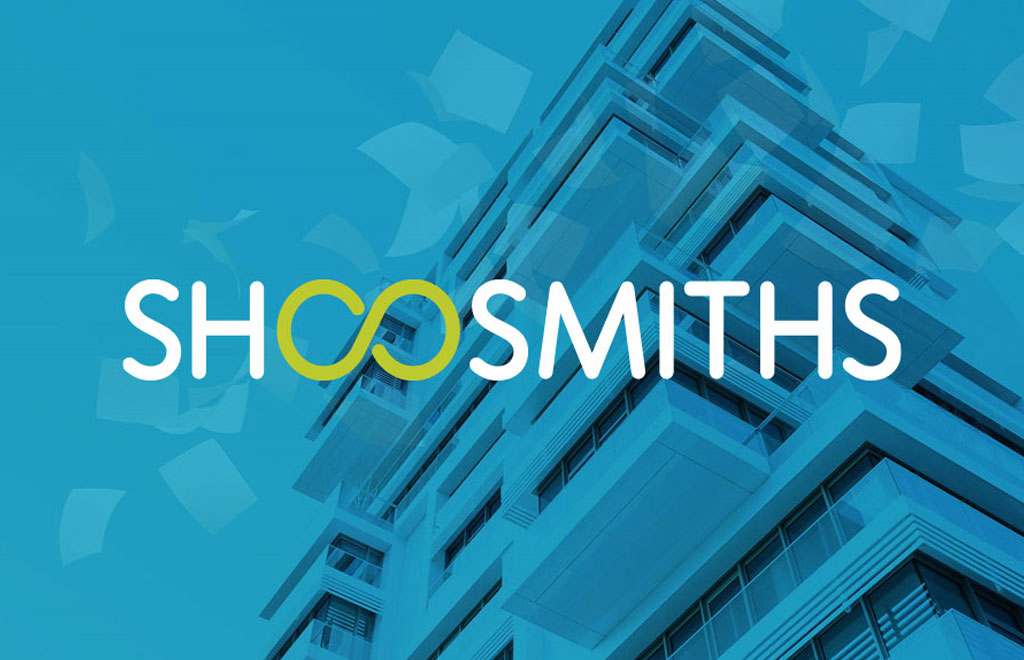 Shoosmiths was delighted to be informed recently that its staff have been recognised for the third consecutive year by being presented with a Gold Pennies from Heaven award.

Shoosmiths has been a supporter of Pennies from Heaven since June 2007. So far staff have raised £15,431 for its national charity partners, with Winston’s Wish being the current beneficiary.

Approximately 31% of Shoosmiths staff currently round down their salaries every month and donate their ‘spare’ pennies to support the programme.

You can read the full article here.

It is with great pleasure that we announce the Pennies from Heaven 2015 Award winners. The scheme continues to rise in popularity as this year 35% more employers have become eligible for an Award than in 2014. Bronze Awards are awarded to employers with more than 10% of staff participating in the scheme, Silver to those with over 15% and Gold to those with more than 20%. This year we are also giving a Chairman’s Award to recognise the achievements of one employer. This year the Chairman’s Award is given to Mencap.The Pennies from Heaven Awards are given every year to celebrate fundraising excellence and is our way of endorsing organisations that not only support charitable giving in the workplace but do so exceptionally well. Our winners have achieved something great and we hope by recognising their success the Awards will raise the profile of the scheme even further and encourage even more people to join in.

2014 was another incredible year for Pennies from Heaven. The scheme has seen a continued rise in its popularity with employees with the average participation rate rising to 18% (up 20% from 2014) and donations have now surpassed the 300,000,000 penny mark. In the last 12 months employers such as EY, The Financial Ombudsman Service, National Oilwell Varco, Friends Life, RR Donnelley, UK Asset Resolution, Chelmsford City Council, NHS Gloucester CCG, Oxleas NHS Foundation Trust, The Rank Group and Solihull CCG have all joined the scheme. Sixty one new charities have also benefited from Pennies from Heaven donations for the first time.

Commenting on the Awards, Kate Frost from Pennies from Heaven said:
“I am very proud of the generosity of all the employees that take part in Pennies from Heaven and may we congratulate all of our Award winners on their achievement and thank them for their ongoing support and generosity. The fact that we are giving out more Awards this year than ever before demonstrates the popularity and success of the scheme. We believe passionately that the opportunity to give pennies from pay should be offered to all staff in the UK and we will continue to encourage more people to get involved in 2015.”

“The Pennies from Heaven scheme is a great way for organisations to make a regular charitable contribution. We’re extremely proud that so many of our staff have felt compelled to sign up to the scheme and to have raised just short of £20,000 in such a short period of time is fantastic! We’re sure that money will make a massive difference for the Liverpool Mulago Partnership.” Rachel London. Liverpool Women’s NHS Foundation Trust

“Pennies from Heaven is a simple and effective scheme which provides Great Ormond Street Hospital Children’s Charity with a reliable and regular source of income. Funds like these allow us to plan for the future with confidence, allowing us to continue putting the child first and always.” Rosie Morris. Great Ormand Street Hospital. 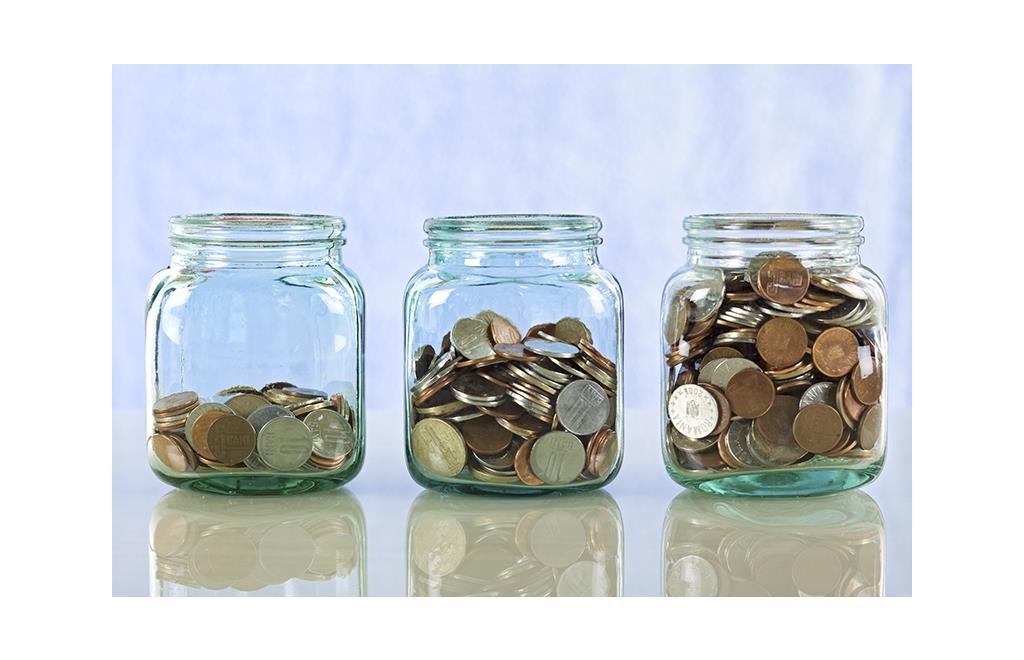 Q1 2022 Newsletter – how will the coronovirus pandemic impact charitable donations? 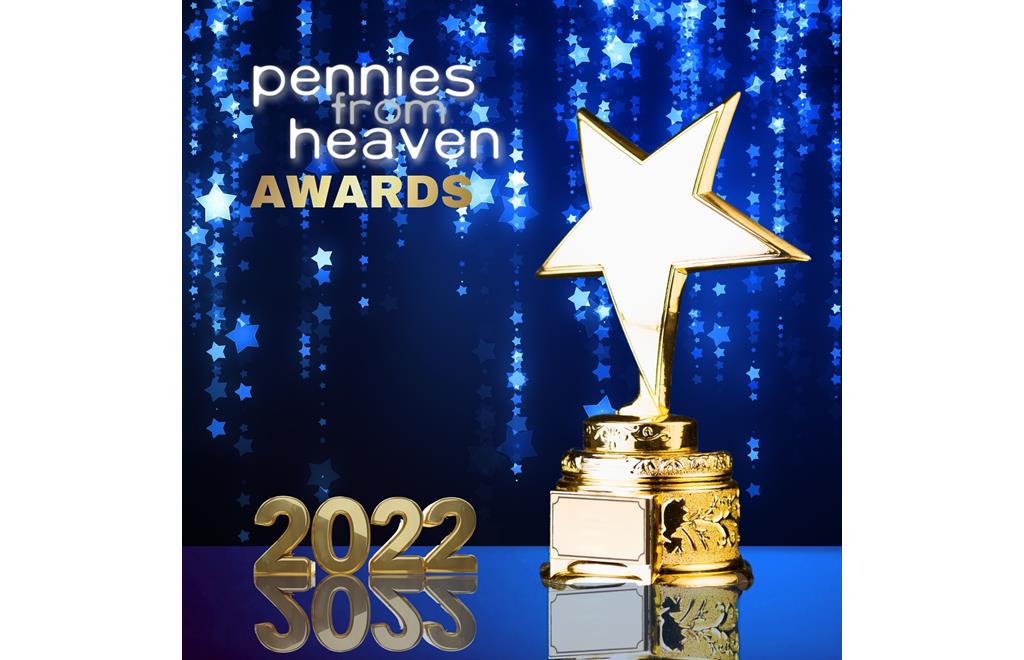 The winners of the 2022 Awards are announced 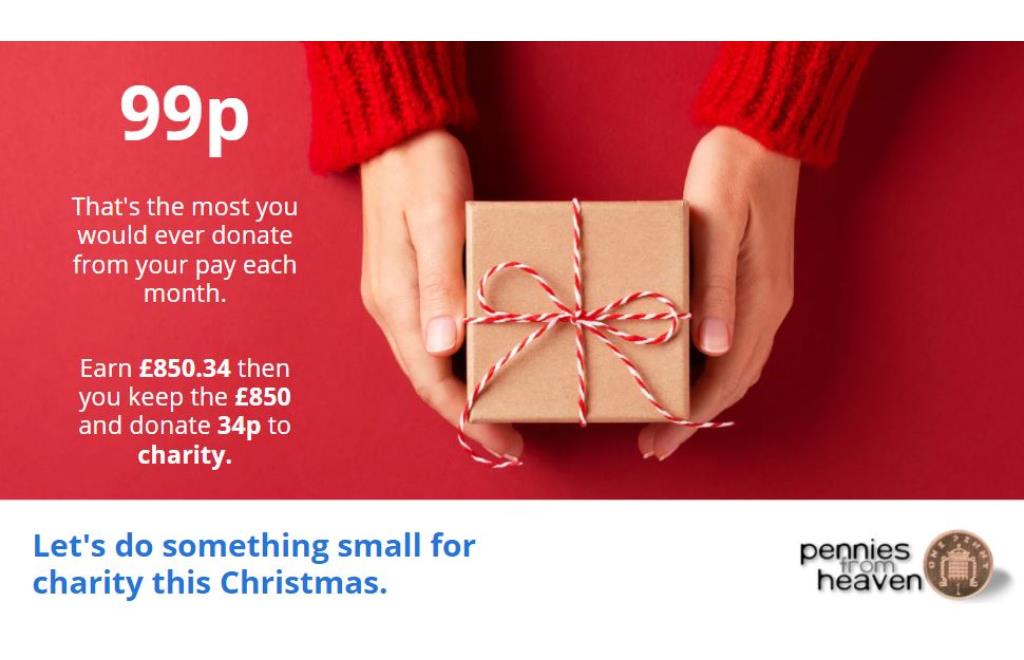 Christmas wishes and a look back at 2021 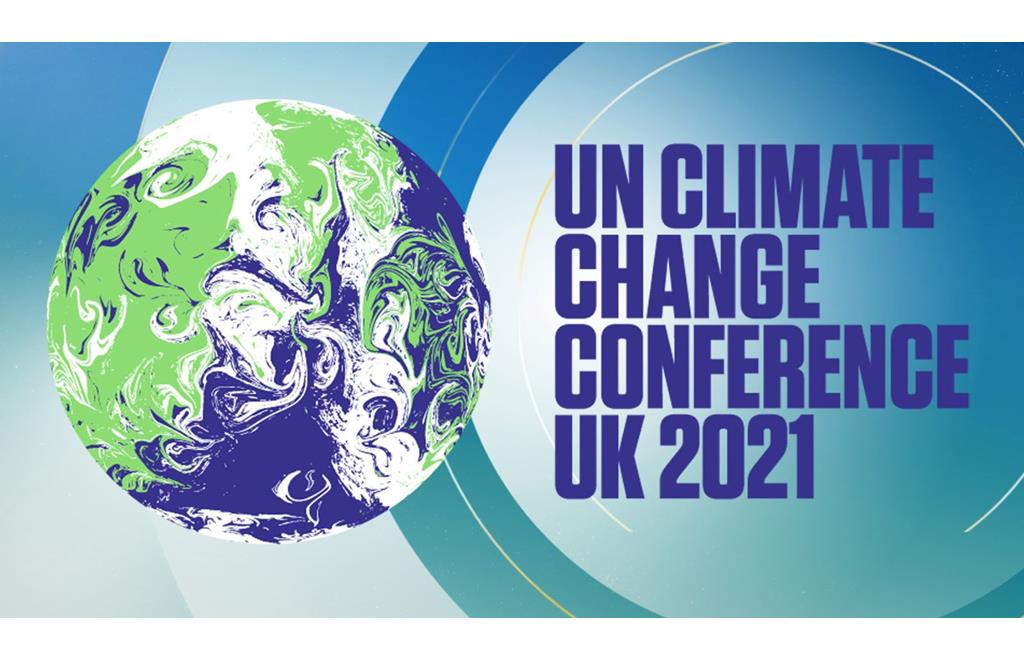 Autumn Newsletter – How we can support COP26 and Giving Tuesday 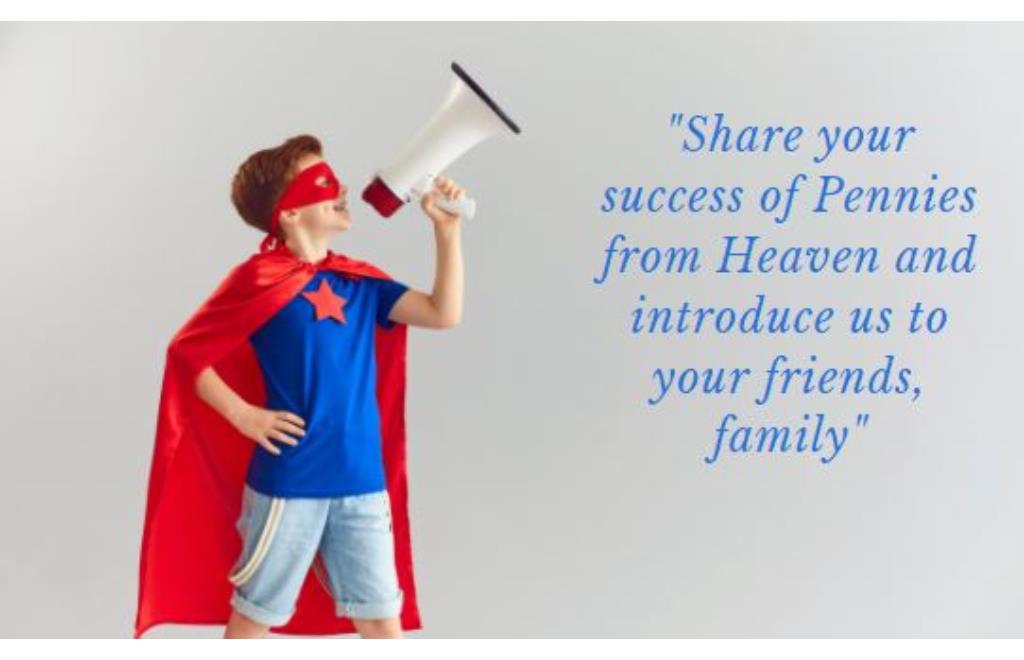 Q2 Newsletter – what have we got in common with the UK coastline?

® Pennies from Heaven is a registered trademark No:2198517

We use cookies on our website to give you the most relevant experience by remembering your preferences and repeat visits. By clicking “Accept All”, you consent to the use of ALL the cookies. However, you may visit "Cookie Settings" to provide a controlled consent.
Cookie SettingsAccept All
Manage consent

This website uses cookies to improve your experience while you navigate through the website. Out of these, the cookies that are categorized as necessary are stored on your browser as they are essential for the working of basic functionalities of the website. We also use third-party cookies that help us analyze and understand how you use this website. These cookies will be stored in your browser only with your consent. You also have the option to opt-out of these cookies. But opting out of some of these cookies may affect your browsing experience.
Necessary Always Enabled
Necessary cookies are absolutely essential for the website to function properly. These cookies ensure basic functionalities and security features of the website, anonymously.
Functional
Functional cookies help to perform certain functionalities like sharing the content of the website on social media platforms, collect feedbacks, and other third-party features.
Performance
Performance cookies are used to understand and analyze the key performance indexes of the website which helps in delivering a better user experience for the visitors.
Analytics
Analytical cookies are used to understand how visitors interact with the website. These cookies help provide information on metrics the number of visitors, bounce rate, traffic source, etc.
Advertisement
Advertisement cookies are used to provide visitors with relevant ads and marketing campaigns. These cookies track visitors across websites and collect information to provide customized ads.
Others
Other uncategorized cookies are those that are being analyzed and have not been classified into a category as yet.
SAVE & ACCEPT
Powered by